A lot has happened since a very pleasant Christmas spent with Hugh & Jane in Parada da Gonta. The weather although cold at night has in the main been sunny and warm during the day. I have been out in the garden pruning trees, and one day I heard Emilia our lovely neighbour outside the gate.

I went outside to say hello, after a few minutes she cocked her head and said someone has a problem!  She dashed off towards the stream and the other side of our small valley, I followed, at this point not hearing anything, she said she thought she could hear our neighbour Maria Albina calling. This lady has a real problem walking, so I thought perhaps she had fallen over. We got to the other side of the valley and stopped to listen, sure enough I could now hear faint calls of distress, but from where we had come from. So back we dashed, passing a lady doing her washing in the stream. At our gate we met the other close neighbour ( 90 years old) and his grand-daughter aged 7. She was crying and they both pointed down the slope, so Emilia and I dashed down towards her house. The little girl shouted and pointed towards the stream through her grand-parents property, so we turned round and came halfway back up the slope. In the meantime we were joined by the lady who had been doing her washing. We went out through the garden towards the stream which at this point is in a ravine about 20 feet deep.

Looking down I could see  what appeared to be a bundle of rags at the bottom of a boulder strewn waterfall, it was the wife of the ninety year old! She was moaning and obviously could not move, her legs were higher than her head which was almost underwater. The washing lady and I struggled down the near vertical bank, she was able to reach one of the wife’s hands, I had to get over a large boulder and into the freezing water. I wondered briefly if it was safe to move her, and immediately decided she had to come out of the cold. We both pulled an arm and managed to get her upright, I could not get any more purchase to pull her up and had to go down stream and then up the bank, not easy!

Then down again, and the two of us pulled her up the waterfall, and then up the very steep bank, a difficult task. To my surprise, with help from the two of us, she was able to stagger the fifty yards to her house. There were now a number of neighbours around, so after insisting they get her soaking clothes off and get her warm, I left for a quick bath to warm myself. After my bath, the ambulance arrived and they spent about half an hour in the house, one came out to say that there did not appear to be any serious damage.

The ambulance took her to hospital for a check over.  Two days later I saw her getting out of a car outside. She had bitten through her lower lip (four stitches), had a bang on the side of her head, and a badly bruised hip and leg. Now a few weeks later there appear to be no ill effects except for an ache in the leg, she is 79!

I decided to cut some logs, and having created a small pile, to get out the tractor and trailer, to get them up into the internal courtyard. There is a steep slope leading up to the path, on the first attempt the wheels spun near the top. When I tried to reverse back down, the trailer twisted and the logs fell out. So I put half the load back in the trailer and tried again, the wheels spun. This time when I tried to reverse I put it in gear, instead of the brake I hit the accelerator!  The next thing I knew I was flat on my back, with the tractor flying towards me. I managed to get both feet flat on the tractor and straightened my legs and rolled backwards. The tractor crashed to the ground behind me. It suffered a broken bonnet and a fuse was blown, I had a number of painful bruises. Lynn who was watching from the balcony at the time, rushed down expecting to find me seriously injured. A lucky escape.

Earlier in the month we went with two friends for a two night break in Lisbon, primarily to see the Cirque de Soleil, but also some sight-seeing. We arrived on the Wednesday afternoon by train, a very good service from Santa Comba Dao. Then spent some time looking around the waterfront near the venue for the show. I would thoroughly recommend the show which we saw Wednesday evening. On Thursday we decided to travel down to Belem by tram to see the sights and try the “natas” a famous local cake.

The first part of  the journey was extremely crowded, and we were like sardines. After a stop when the crowd cleared somewhat, Lynn pointed out that my belt bag, was open and to my horror my wallet was gone. This wallet had all my credit cards, my driving licence, my passport, and some cash. We spent the next couple of hours finding the police station, reporting the loss, and visiting the bank to stop the cards. During this time my main thoughts were the amount of time and money it was going to cost to regain all these items. We then returned to Belem to carry on with the visit.

Just as we had entered the monastery to look round, my mobile phone rang, it was someone telling me that they had found my wallet. We arranged to meet and an hour later I had the wallet back, everything was there apart from the cash! I was overjoyed and have made other, hopefully safer arrangements for carrying my wallet in future.

So three potentially devastating events in the first couple of weeks of the new year, all of which have turned out well in the end. Lets hope that is it for 2012.

Some pictures around Lisbon. 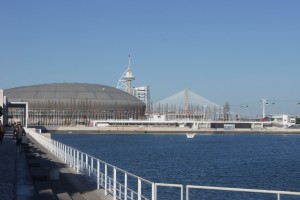 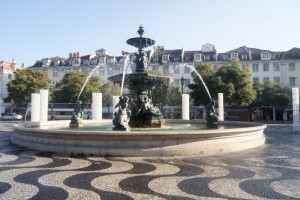 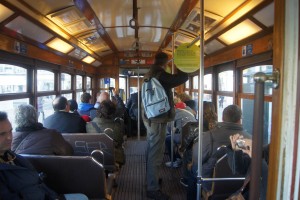 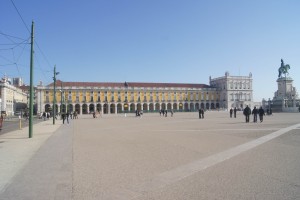 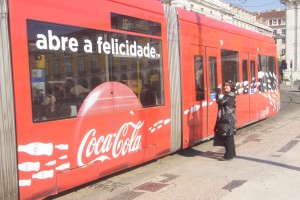 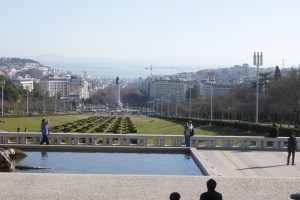